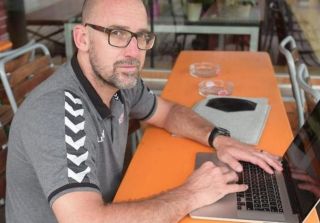 Australian Andrew Meredith has left German side St Pauli to take up a new position as Analysis Operations Manager at Manchester United.

The 47-year-old will be responsible for reporting to Paul Brand, United’s Head of First Team Analysis, who has been employed by the club since 2013.

Brand works closely with manager Ole Gunnar Solskjaer and his coaching staff, while Meredith will have a more strategic role in the analytical department.

A lot needs to change at United – from top to bottom – but it’s encouraging to see more people join from other clubs in a football capacity. I don’t know much about Meredith or the work he’s done at St Pauli, but he must have a decent track record if United have picked him over others for the role.

Meredith took the Twitter to announce he would be joining United from September 1st as Analysis Operations Manager.

I would like to thank everyone involved at the club for their kindness, co-operation and magnificent support over the years, I have made both friends & memories which will stay with me forever and wish everyone in the @fcstpauli universe the very best both on & off the pitch.

I now look forward to my next chapter, and I’m excited to be joining @ManUtd from the 1.9 as Analysis Operations Manger.

His background is in hockey and he was assistant coach of the German men’s team from 2004 to 2012, winning two Olympic golds, in 2008 and 2012. He then joined the Ireland men’s team as Head Coach and Director of Performance, before moving into football analysis in Australia.

For the last six years he has been working for St Pauli.

We look forward to learning more about Meredith and hope his arrival will benefit the side.