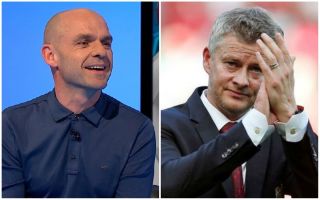 The opening few weeks of the season tell us we are probably in for another title race involving champions Manchester City and Liverpool, while Manchester United aim for a top four finish.

That shows how far behind our rivals we are and it’s not a fun realisation to come to with the new season so young.

Liverpool and City currently occupy first and second spot and BBC Sport pundit Danny Murphy sees it being that way come May.

“I think Liverpool will win the league this year,” Murphy said, as quoted by the Mirror.

“Only one club had done it three times on the trot and I think Man City will be so Champions League focused.

“So I’m going Liverpool, City and then Tottenham, I think they’ll take third.”

He also named who he thinks will clinch the final Champions League spot in the Premier League.

Despite Arsenal adding to their squad over the summer, with former Lille winger Nicolas Pepe being the biggest arrival, Murphy doesn’t think the Gunners will finish fourth.

“I actually think fourth will go to Man United. I think Chelsea will do all right and Frank Lampard is a great appointment.

“But United have gone big in the market and the quality they have in the final third – I mean there is doom and gloom around them, but I think they’ll surprise a few.”

Of course United have quality in attack, but the biggest picture is teams happy to play a low block away from home are able to come away from Old Trafford with a point or more.

United’s attacking players are young but must quickly find a way to break these teams down. They’re speed players lethal on the counter-attack and soon they must develop their games to score ugly goals too.