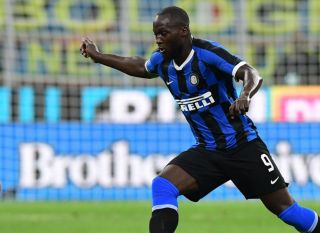 Inter Milan signed Romelu Lukaku for a deal which could rise up to £74m and Antonio Conte has spoken about the Belgian’s transfer fee following his debut for the Italian giants.

“I am very happy and satisfied,” Conte said of Lukaku’s debut, as quoted by the Metro. “I like working with these guys who have always shown great willingness.

“Tonight, Lukaku showed why we tried so hard to sign him. Lukaku has come into the Inter world in the best possible way, with great humility.

“He is a gentle giant, a giant with a smile. He’s ready to work for the team. Let’s not forget Lukaku cost €65m to be paid over five years, so when people talk about big money spent, it wasn’t even that much.”

Some insight into the deal United struck, too.

It would have been better had the Red Devils got the payment in bulk when Lukaku joined Inter Milan.

That could have persuaded the Glazers to allow a fourth signing because there’s no way a football manager would be happy going into a new season with a limited attack.

United are in trouble if one of Anthony Martial or Marcus Rashford get injured. Solskjaer will then have to call on teenager Mason Greenwood, especially if Alexis Sanchez joins Lukaku at Inter before the transfer deadline in Europe (September 2).

Lukaku got off to a goalscoring start on his Inter debut in a 4-0 win over newly-promoted Lecce. That means he has now found the net in his first league game for each of his last four clubs: West Brom, Everton, United and Inter.

He also showed off his shooting in the warm-up, as seen below.

When i knew it was meant to be 😉👀🙉…. #Golaso pic.twitter.com/OmZAl5GUBl

Marcelo Brozovic and Stefano Sensi got Inter off the mark in the first-half and Lukaku put them out of sight with a tidy finish on the hour mark at the San Siro.

Lecce goalkeeper Gabriel parried Lautaro Martinez’s shot into the path of Lukaku and he made no mistake putting it into the back of the net. The fourth goal was a stunner by Antonio Candreva.

Lukaku is bound to score a flurry of goals for Inter this season and the media will try to spin it negatively on United and maybe Solskjaer, but the only mistake made by the Red Devils was not having a replacement lined-up.

That’s what is most likely to come back and bite us in the arse.