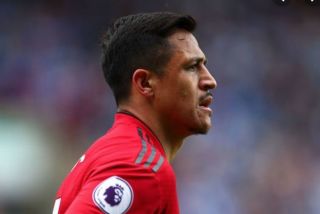 Manchester United and Inter Milan are close to reaching an agreement over the transfer of Alexis Sanchez.

That’s according to Italian journalist Gianluca Di Marzio, who says a deal is finally getting closer to being finalised after weeks of negotiations.

There is now just a week left for Antonio Conte’s side to complete the deal for the Chilean, with the European transfer window shutting on September 2.

These reports contrast to the Guardian‘s report today that Sanchez’ loan move to Inter could now be in doubt.

The Reds are waiting on Anthony Martial’s scan results after the Frenchman picked up a thigh injury in Saturday’s home defeat to Crystal Palace.

It is believed this could affect Sanchez’s move as Solskjaer is lacking in attacking options and may require the 30-year-old as cover.

However, if Sanchez does not want to stay at Old Trafford, United should look to offload him regardless of the extent of Anthony Martial’s injury.

Solskjaer has the likes of Mason Greenwood, Tahith Chong and Angel Gomes to call upon to start in the forward line.