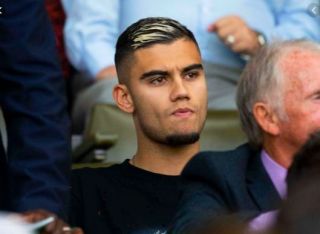 The Brazilian was in the stands at the home of the Scottish Champions, and witnessed a comfortable 3-1 home win for Neil Lennon’s side.

Pereira was an unused substitute in Saturday’s defeat against Crystal Palace at Old Trafford, and has not been able to nail down a first-team regular spot under Ole Gunnar Solskjaer, despite starting in the 4-0 victory over Chelsea on the opening day.

The 23-year-old signed a new contract this summer keeping him at Old Trafford until 2023. If Angel Gomes is not going to make his way into the first-team under Solskjaer, then surely Pereira could be given a run of games in the number 10 position.

Jesse Lingard is underperforming and is not providing any creativity which United are desperately lacking in attacking midfield; it’s time to drop the Englishman and play someone else in the role.

See Pereira below, who was perhaps in Glasgow to watch United goalkeeper Joel Pereira, who is currently on loan at Celtic’s opponents, Hearts. 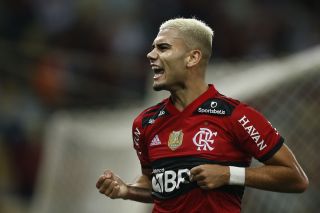