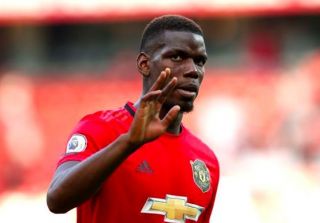 Paul Pogba has responded to the recent abuse has he received on social media, describing the abhorrent insults as ‘ignorant’.

The Frenchman has been subject to vile messages online this week after missing a penalty in the 1-1 draw away to Wolves on Monday night.

“My ancestors and my parents suffered for my generation to be free today, to work, to take the bus, to play football,” Pogba tweeted, with a photo of him standing with his late father Fassou Antoine and famous civil rights activist Martin Luther King.

As reported by BBC Sport, Pogba’s United teammate Marcus Rashford was also racially abused on Saturday after he missed a penalty in Saturday’s home defeat to Crystal Palace.

The reprehensible racist behaviour of a minority of fans on social media, as well as in society as a whole is frankly, disgusting.

It’s great to see Pogba respond with such a powerful message, stating the the hate will only motive him to continue fighting for the ‘next generation’.

My ancestors and my parents suffered for my generation to be free today, to work, to take the bus, to play football. Racist insults are ignorance and can only make me stronger and motivate me to fight for the next generation. pic.twitter.com/J9IqyWQj4K