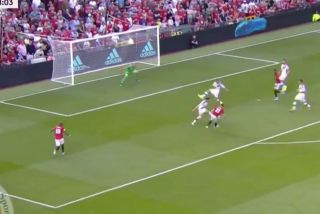 Daniel James appeared to have scored a very important goal for Manchester United, but Crystal Palace found a way to ruin the young Welshman’s day.

With just a few minutes remaining, James scored an equaliser against Crystal Palace but the away side took the lead again moments later.

United’s equaliser comes after missing a penalty moments earlier when Rashford stood up and crashed the ball off the post and wide.

James finished brilliantly but Pogba deserves credit for his build-up play and assist.

That’s a bad result for the lads.