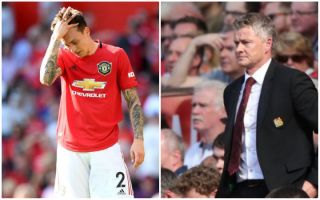 You would have looked at our opening fixtures for the season and said three points guaranteed against the Eagles, but that wasn’t to be as United made too many costly mistakes and failed to challenge the opponent’s goalkeeper.

It’s disappointing to lose this game on the back of drawing 1-1 with Wolves, especially after starting the season strongly beating Chelsea 4-0 at Old Trafford.

But Solskjaer isn’t happy with how mistakes lead to both of Palace’s goals — and after grabbing a late equaliser, it’s disappointing that the lads couldn’t make to even get a point from the game.

As quoted by the Manchester Evening News, Solskjaer said:

“They scored 2 and we scored only one. We just were not clinical enough in front of goal and they scored two very easy goals. I thought we got our act together second half, we just couldn’t hit the target. We have dominated the game but we have not controlled it.

“We should have dealt with the last five minutes better. We defended poorly at times today and it cost us. Sometimes you do not find that end product and that happened today. We did not test their keeper enough. It cost us dearly today.”

Its results like these that will come back to hurt United at the end of the season. Winnable games just passing us by.

United must now find a way to regroup which is not something you want to be saying at the start of a season.

Victor Lindelof will take much of the blame for their opener, while there was more than one culprit for the winner.