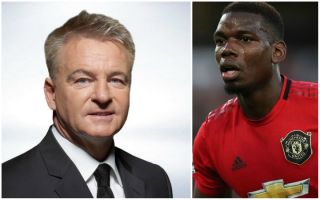 The Red Devils host Crystal Palace in their third Premier League game of the season after beating Chelsea 4-0 and drawing 1-1 against Wolves.

Ole Gunnar Solskjaer will be hoping his side get back to winning ways at Old Trafford in the 3pm kick-off, with the Eagles waiting on their first win of the season.

Nicholas believes United will bounce back after getting ‘a bit of a reality check’ in the second half on Monday night.

“Everyone was getting excited about Manchester United after the 4-0 win over Chelsea but they got a bit of a reality check in the second half on Monday Night Football at Wolves, who are a good side,” Nicholas told Sky Sports.

“I thought Paul Pogba would leave but it doesn’t look like Ole Gunnar Solskjaer is preparing for that, unless he decides to rock the boat.”

It’s hard not to get excited when you beat Chelsea by four goals, but I don’t feel United fans were getting giddy or even suggesting that we’d have a better season than expected on the basis of one performance.

Even the draw against Wolves wasn’t as bad as people made out. We know this United side has issues but it’s a work in progress. Solskjaer needs time and, most importantly, backing from his players and the club’s board.

“United have pace up front with Anthony Martial, Marcus Rashford and Jesse Lingard, but are pretty average in midfield,” he continued. “Scott McTominay is a challenge physically but not a great forward passer and at the back, Harry Maguire will improve, but it will take him time. I am not surprised they spent £50m on Aaron Wan-Bissaka but he is young and wants to get forward, which could see spaces in defence.

“They still have some issues to sort, but Palace have not started well at all.

“They have Christian Benteke back in the team and what is he offering? But then what other choices do they have? They don’t have options. They will be relying on Wilfried Zaha and Andros Townsend on the counter.

“I am surprised Gary Cahill hasn’t started yet. Roy Hodgson said on Soccer Saturday that he was impressed by Cahill’s fitness, but why isn’t he playing to get match fitness? I think he is better than what they have got.”

Palace have two significant absentees in defence with James Tomkins and Mamdou Sakho.

But, as ever, Zaha is the danger man and the former United winger will be out to prove a few people wrong at Old Trafford.

Gary Cahill is likely to make his debut against the Reds. 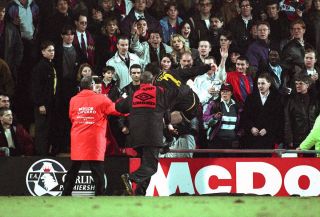