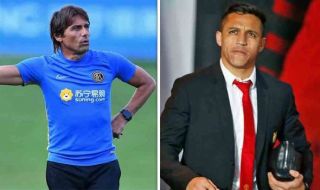 It looks like Alexis Sanchez’s loan move to Inter Milan is edging closer, with reports suggesting now the transfer is near with the clubs likely to finalise the terms of the deal on Monday.

That’s according to several Italian outlets including La Gazzetta dello Sport and Tuttosport, as cited by Football Italia, so Ole Gunnar Solskjaer may be about to lose another forward after selling Romelu Lukaku to the same club!

Most United fans have completely given up on Sanchez despite the excitement his arrival brought in January 2018. Now he risks going down as the biggest flop to play for the club.

Solskjaer’s side face Crystal Palace in the Premier League this afternoon and Alexis Sanchez was not seen at The Lowry Hotel on Friday night, as per the Manchester Evening News.

The Chile international’s omission from the squad for today’s match is another sign he is on the verge of leaving Old Trafford.

Inter and United have been in talks the past while and reports claim the loan move will have an option to buy clause to be activated at the end of this season.

As per various reports circulating in the media, United will pay a large part of the 30-year-old’s wages. They’re that desperate to get him off their books!

The Red Devils have been linked with free agent Fernando Llorente, but sources told Stretty News prior to the transfer deadline for English clubs that there was no truth in the speculation.