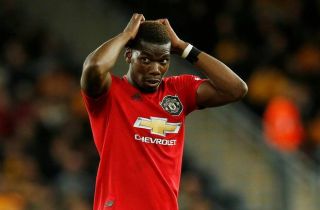 A number of Manchester United stars reportedly want Marcus Rashford to be the club’s designated penalty taker after the controversy on Monday night.

The Red Devils missed a chance to take a maximum of six points from their opening two games of the Premier League season after Paul Pogba missed from the penalty spot in the second half at Molineux.

Pogba spoke briefly to Rashford before taking responsibility for the penalty, despite the latter scoring from the spot against Chelsea a week prior, and it was later confirmed by Ole Gunnar Solskjaer that the duo are both assigned to penalties.

READ MORE: ‘We can’ get Roy Keane, Giggs, Cantona in one player’ – Solskjaer plays down Pogba expectations

According to the Daily Mail, a number of United players in fact want Rashford on pens moving forward and that’s not a surprise given his penalty not just against Chelsea, but against Paris Saint-Germain in the Champions League last season.

Moreover, it’s worth noting that Pogba has now missed four of his 11 Premier League penalties, so that would make a strong argument towards removing him from penalty duties, as Neil Curtis alluded to in a recent exclusive for The Sun.

Time will tell if Solskjaer bites the bullet. United may even get a penalty today with the Reds hosting Crystal Palace in a 3pm kick-off.