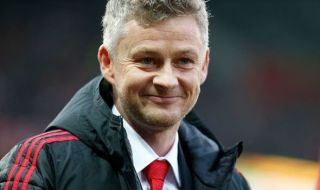 Manchester United have already beaten Chelsea 4-0 this season and feel the urge to laugh at their Premier League rivals’ first-half attempts against Norwich.

The scoreline was 2-2 at half-time with the Canaries equalising twice before the interval. The game has been open but Chelsea look most likely to score next to take the lead a third time.

Frank Lampard will start to feel the pressure if Chelsea drop more points today, especially against a side Chelsea should be putting away but they’re making life difficult for themselves.

United’s Twitter account wasted no time pointing the finger of laughter at Chelsea, with a tweet which read: “*#MUNCRY. Wish we were playing Chelsea again, though…”

*#MUNCRY. Wish we were playing Chelsea again, though…

Let’s hope this doesn’t come back to bite us in the arse!