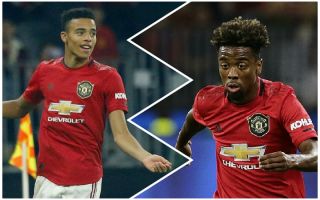 Mason Greenwood and Angel Gomes are in contention to figure for Manchester United against Crystal Palace.

Fans on social media have been voicing their views on who should play the number 10 role today at Old Trafford, with a lot of calls for Gomes to start ahead of Jesse Lingard. The senior England international was disappointing again in Monday night’s 1-1 draw at Wolves.

Greenwood, on the other hand, featured in the 4-0 hammering over Chelsea on the opening weekend of the season. He also came on against Wolves so the next step for the youngster will be to start a game in the first-team.

According to the Manchester Evening News, none of the photographers spotted Alexis Sanchez, Matteo Darmian, Phil Jones, Chris Smalling, Marcos Rojo or Fred at The Lowry Hotel on Friday night.

You’d be hoping some of those players leave before the European transfer deadline, though it would be a risk to get rid of Sanchez despite many fans giving up on him.

An injury to either Anthony Martial or Marcus Rashford will stretch the squad after selling Romelu Lukaku and not bringing in a replacement. Greenwood will be rubbing his hands together at the thought of more game time, but it could be too much responsibility for the young forward.

Diogo Dalot and Eric Bailly are both ruled out with injury.