It certainly looks like Wilfried Zaha will be the main attraction tomorrow as Crystal Palace visit Old Trafford.

The former Manchester United winger made it clear he wanted to leave the Premier League outfit side this summer but a move never materialised, although Arsenal were reportedly interested, and he now needs to put that behind him and get on with things at Selhurst Park.

Zaha’s time at United didn’t go to plan. It was Sir Alex Ferguson’s final signing but he never had the chance to play under the greatest manager of all-time and David Moyes never truly fancied him.

There’s no hard feelings from United fans though, he’s doing well for himself again at Palace and will be a threat for Ole Gunnar Solskjaer’s defence on Saturday.

And, Transport of Manchester have popped a joke at Palace’s expense by suggesting Roy Hodgson is managing a one-man team (see the traffic sign below, as per the Manchester Evening News). 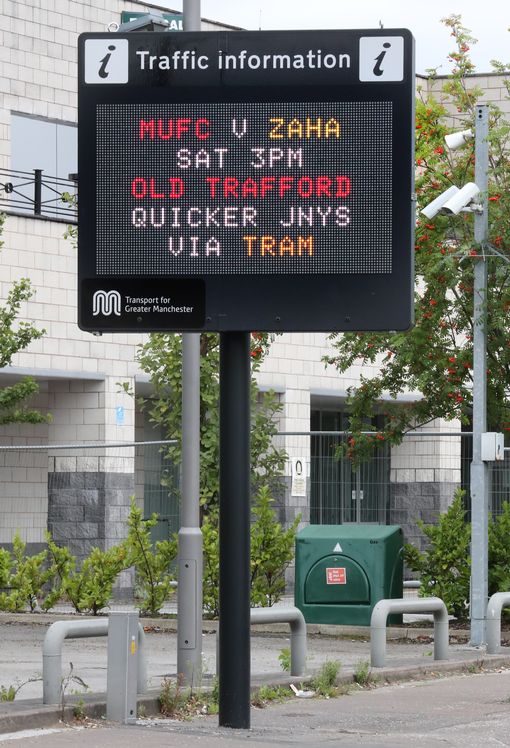 Another talking point ahead of the game is Aaron Wan-Bissaka making his first appearance against his former club, so he will have a good idea of how to deal with Zaha from his time playing with the Ivory Coast international.