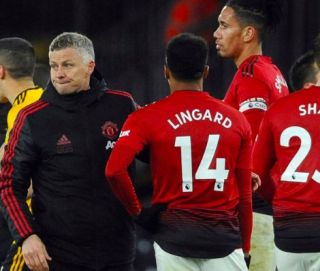 The United midfielder has made a slow start in the opening league games, continuing his poor form from the backend of last season.

Lingard lacks real quality in the final third, but is still preferred by Solskjaer as he suits the Norwegian’s pressing style in defence, and is probably the best suited for that role in attacking midfield.

However, barring December when he scored four goals and made two assists, Lingard has not made a single goal contribution in the calendar year.

It’s a pretty damning stat for the 26-year-old, who should now be reaching the peak of his powers at Old Trafford.

“From a personal point of view and a manager’s point of view, the warning signs would have been brought up by now,” Allardyce told Talksport.

“The player would have been called in and I would have said to him, ‘you haven’t got a lot of time to put this right before your place is taken by somebody else”.

“As a manager you have to be ruthless, you have to make these decisions and you have to try to explain to a player in the best way you can. At Manchester United Lingard has got to be an eight-to-ten goal a season man in his position, and maybe six or eight assists as well I would think.”

Surely Solskjaer can’t continue to select Lingard if he keeps failing to deliver. Juan Mata may not be as mobile as the England international, but certainly has more quality in the final third and would be able to score the eight-to-ten goals that Allardyce notes with a regular run of games in the position.

Alternatively, academy graduate Angel Gomes could be given a run out in the attacking midfield role ahead of Lingard. The 18-year-old impressed in pre-season, but has yet to make a Premier League match day squad so far.

Loads of United fans have called for Gomes to be given a chance of Lingard, who should be dropped and have to fight for his place back in Solskjaer’s first-team set-up.