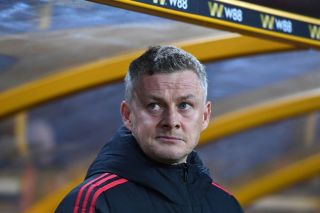 Manchester United players were ‘shocked’ by Ole Gunnar Solskjaer’s decision to take Paul Pogba off penalties after the 1-1 draw with Wolves, according to reports.

United had the chance to take the lead for a second time at Molineux after Pogba was fouled inside the box but Marcus Rashford, who had scored a spot-kick against Chelsea the previous weekend, offered the goalscoring opportunity to the French midfielder.

Pogba’s penalty was saved by Rui Patricio which led to widespread criticism of the manager and both United players involved for failing to agree on a penalty taker before the match.

The Sun claims Solskjaer was furious with the lack of decisiveness from his players and it didn’t help that United dropped two points from the game.

Apparently Solskjaer told Pogba in front of the players in the dressing room that he would no longer be taking penalties, with the report adding that his team-mates were ‘shocked’ by the manager’s decision to berate his star player in front of everyone.

It is noted that some players are now ‘concerned’ about how Pogba will react, that’s more arguably more telling of Pogba’s personality than Solskjaer…

Football managers are entitled to have a go at their players whether those subject to criticism like or not.

Footballers seem extra sensitive to a bit of criticism nowadays and are worried about how such decisions will be perceived by the media.