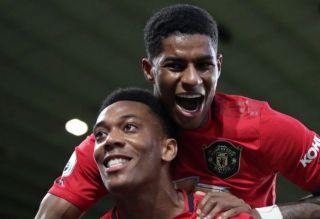 Manchester United return to Premier League action on Saturday with a home fixture against Crystal Palace.

Ole Gunnar Solskjaer is likely to make a few changes to the side that drew 1-1 with Wolves on Monday night, when Paul Pogba missed a crucial penalty as United dropped points for the first time this season.

The Red Devils were forced to settle for a point at Molineux and now sit two points behind Liverpool and Arsenal just two weeks into the Premier League season.

With the European transfer deadline set for September 2 it is unlikely that Alexis Sanchez or Marcos Rojo will make an appearance, while Eric Bailly and Timothy Fosu-Mensah recover from long-term injuries.

Fred should be getting closer to match fitness after missing much of pre-season, with a lot to prove this coming season after a disappointing debut campaign.

Solskjaer may give an update on the Brazilian in Friday morning’s press conference.

The back four will remain the same – Aaron Wan-Bissaka, Victor Lindelof, Harry Maguire, Luke Shaw – with David de Gea between the posts.

Scott McTominay didn’t have the greatest of games against Wolves but should keep his place in midfield alongside Pogba.

While Daniel James did well against Wolves, it may be time to give Mason Greenwood a start. The two youngsters will be fighting it out for game time this season and having an extra striker on the pitch could benefit United against a side bound to deploy a defensive game plan.

Jesse Lingard had a night to forget on Monday and Solskjaer could look to bring in Juan Mata to replace the England international.

To complete the attack Anthony Martial and Marcus Rashford are should good enough form to keep their places, although it’s not as if Solskjaer has a number of options in the striking department following Romelu Lukaku’s exit.

It will be interesting to see whether Martial keeps his place as the central striker, with Rashford drifting in from the left.