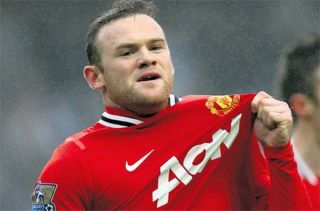 Two years ago today Wayne Rooney opened the scoring as Everton drew 1-1 at the Etihad.

After spending 13 years at Manchester United and becoming the club’s all-time top scorer with 253 goals in 559 appearances, Rooney wanted to rub his goal for the Toffees into the faces of City supporters by uploading a reminder to Instagram.

Rooney’s return to Goodison Park after United didn’t quite go to plan and he only lasted two years before joining MLS side DC United.

But he still got to score against City and, as you can see from his celebratory post below, he never lost his love for putting one past that lot!

Rooney will make his return to English football in January as player-coach at Championship side Derby County.

We wish him all the best with the next chapter of his career and hope one day he can prove himself in some sort of coaching capacity — opening the door for a return to United!