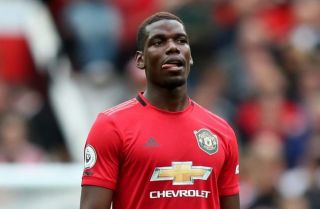 Paul Pogba has been subject to vile abuse online this week, but to put a more positive spin on things he seems to be settling into his new role under Ole Gunnar Solskjaer pretty well.

The Frenchman has been operating in a slightly deeper role since the new season kicked-off. Fans may argue he should be further forward to have a greater influence on attacking transitions as that’s when United lacked on Monday night against Wolves.

Solskjaer’s hasn’t got as much quality in midfield as other managers in the league and may need to paper up cracks by asking his star player to carry out less preferable duties. There’s a lot of youth in the team and hopefully someone steps up to plate and takes their opportunities with two hands.

Statman Dave, who regularly appears on the official Manchester United app proving analysis, has tweeted a stat that claims Pogba has won possession more times (22) than any other player in the Premier League so far this season.

No player in the Premier League has won possession more times than Paul Pogba (22) so far this season.

He may be off penalty duty now after the miss against Wolves, but there’s no doubting United are a better side when Pogba plays.