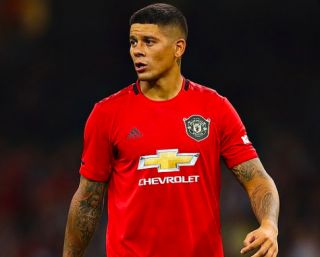 Marcos Rojo is on the verge of leaving Manchester United, according to reports in Turkey.

As cited by Sport Witness, A Spor journalist Ali Baransel claims the Argentine defender is ‘very close’ to completing a season-long loan switch to Fenerbahce.

The Turkish giants are lacking at both full-back and central defence, making Rojo an interesting proposition, given his time at Old Trafford seems all but over.

Following Harry Maguire’s arrival this summer, the Ole Gunnar Solskjaer now has a surplus of centre-backs at his disposal, and the fact that neither Chris Smalling or Phil Jones have not even made a math day squad so far this season is telling.

Rojo is behind the English pair in the pecking order at Old Trafford, so must now be the sixth choice defender at the club.

Rojo has two years left on his current deal and we would prefer to see him leave on a permanent basis, but it appears a loan switch is now more likely.

According to the Daily Mail, the 29-year-old was left fuming after not being able to seal a transfer to Everton on the British deadline day after late interest from the Merseyside club.

We will now have to wait and see if Rojo can get his move before the European window shuts on September 2.