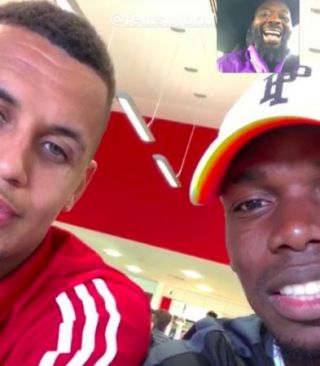 Morrison featured for his new side Sheffield United in a behind closed door friendly, in which Pogba stayed behind to watch.

As per Manchester Evening News, an experienced United side won the game 3-1, with goals coming from fellow academy graduates Andreas Pereira, Mason Greenwood and Angel Gomes.

It’s great to see Morrision back in the Premier League after his spell at Swedish side Ostersund came to an end this summer, but as of yet he has not made a match day squad.

The 26-year-old was raved about as being one of the most talented players to come through United’s academy in the Sir Alex Ferguson era and played alongside Pogba in the 2011 Youth Cup final win over Sheffield United, who new signing Harry Maguire lined up for.

We hope the 26-year-old gets his chance to show his talents by Chris Wilder, who must rate the midfielder highly to have taken a punt on him.

After the vile grief he'd got from keyboard cowards online, told Paul Pogba stayed behind at Carrington on Tuesday to watch United's game and old teammate Ravel Morrison, who was playing for Sheffield United. #mufc