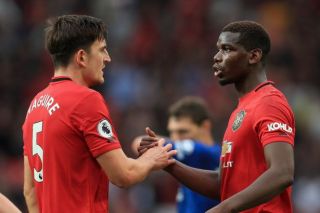 It’s 2019 and some people think a missed penalty warrants racist abuse on social media. Most probably under an anonymity because that way they feel free of any responsibility, but we must find a way to tackle online hate of this nature.

Harry Maguire has responded to the abuse in defence of his team-mate. The England international recently joined Manchester United from Leicester City, and has described the abuse aimed at Paul Pogba as ‘disgusting’.

The centre-back adds a solution to help stop idiots on Twitter from directing racist abuse at fellow users.

Maguire states that every user should be verified by a passport or driving licence. That way, most trolls will think twice before they post anything deemed offensive online.