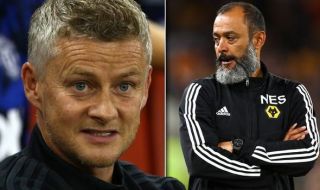 Tonight’s away trip to Wolves should give us a fair reflection of what kind of team United are going to be this season.

You can’t take too much from the opening weekend of the season but United’s 4-0 win over Chelsea was an impressive feat.

Wolves, unbeaten against United in three games last season, are a good side under Nuno Espirito Santo. It’s another test for Ole Gunnar Solskjaer’s side.

They’re expected to line up against United with a back three, wing-backs and a solid midfield trio.

The Red Devils have shown already this season that they have aspirations to play out from the back, with a more aggressive style of pressing. They will need to be wary of Wolves’ counter-attacking approach.

United haven’t won away to Wolves since March 2012, a 5-0 win that led to the sacking of former manager Mick McCarthy. Molineux hasn’t been the best ground for the Reds either, being the scene of our 2003-04 title collapse.

Solskjaer will be aware of United’s record away to Wolves – losing three of the last four – and the Steve Bull Stand isn’t renowned for having a great atmosphere.