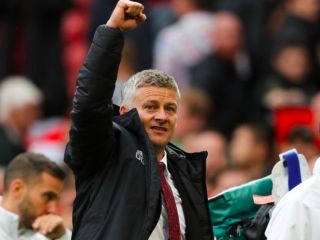 United’s boss picked out Greenwood ahead of attackers Anthony Martial and Marcus Rashford, who both scored in the side’s opening league game against Chelsea at Old Trafford.

When asked whether Rashford or Martial is the most natural finisher in his squad, Solskjaer said, as quoted by ESPN: “They’ve still got a way to go, because Mason’s more of a natural finisher than them.”

Greenwood hasn’t scored a competitive goal for the Reds yet, but Solskjaer has clearly been convinced from pre-season and what he has seen of the 17-year-old in the academy that he is the club’s best finisher.

The Norwegian has high hopes for the youngster, one of the most promising talents to come out of the club’s famous academy.

Greenwood looks set to be an important figure in Solskjaer’s squad this season, after the departure of striker Romelu Lukaku to Inter Milan this summer.

We can’t wait to see how the youngster gets on when he gets his opportunities; we expect him to feature more as Solskjaer rotates his squad when the Europa League and League Cup games begin.

Greenwood could make an appearance in United’s game away to Wolves on Monday night, with the Reds hoping to continue their early season momentum with victory over Nuno Espirito Santo’s side.