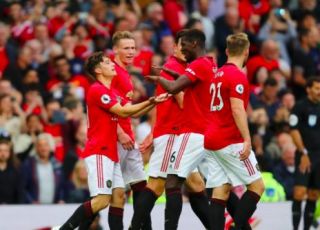 Manchester United face Wolves at Molineux on Monday night in what promises to be another tough test for Ole Gunnar Solskjaer’s side.

The Reds will be high in confidence after Sunday’s demolition of Chelsea at Old Trafford, and it’s important the momentum continues with a win against Nuno Espirito Santo’s side.

Wolves, meanwhile, come fresh off a 4-0 victory in the Europa League qualifiers on Thursday and have made another good start to the league with a point in the opening fixture away to Leicester. Santo made nine changes in the qualifier, so his first-team will be fresh and raring to go in their first home game of the season.

Despite being in the Premier League for just a season, Wolves are becoming somewhat of a bogey side for United. The Reds drew at Old Trafford and lost two games at Molineux last season, with two 2-1 away defeats (including in the FA Cup).

Wolves had one of the best season’s ever for a newly promoted side finishing in the Europa League qualification places, but it’s their record against the ‘big six’ that is most impressive.

As Solskjaer noted in his press conference, Wolves are a difficult side to break down as they sit back and look to exploit the big teams on the counter attack. Diogo Jota and Raúl Jiménez have formed a deadly partnership up top and United’s defenders will have to be wary on the break.

Wolves’ willingness to sit back and defend does not particularly suit Solskjaer’s counter-attacking approach; the Reds must be creative but remain patient when looking to unlock the home side’s defence.

Ole: "Wolves are a hard team to break down. They defend deep and they don't give you a lot space. But our form, our attitude and the mood of course after a win is great, so we go into Monday's game confident." #MUFC

Solskjaer has no fresh injury concerns ahead of Monday night, meaning he can select the same squad that hammered Chelsea. Maguire and Lindelof can continue to develop an understanding in their centre-back pairing, and expect to see Anthony Martial and Marcus Rashford both drifting wide in a fluid attack to try and stretch Wolves defenders.

Santo also has no injury worries ahead of the game so we expect to see their favoured 3-5-2 formation be deployed, with Moutinho, Neves and Dendoncker making up the midfield three.

The game is available to watch on Sky Sports: Monday Night Football (Kick off: 8pm)

Prediction: It’s a tough one to call given Solskjaer has failed to win at Molineux on two previous occasions. I hope United can carry their momentum and pull through in this one. 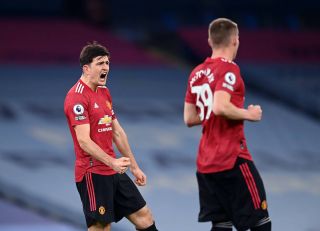