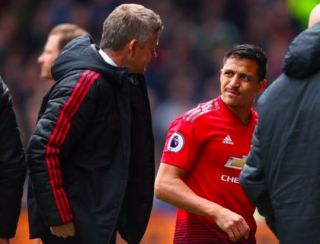 Manchester United manager Ole Gunnar Solskjaer has denied rumours that Alexis Sanchez has been forced to train with the reserves as he looks to regain fitness.

An exclusive in the Sun had claimed that the Chilean would be banished to the reserve team squad with Solskjaer desperate to get rid of him before the European transfer window shuts on September 2.

But the United boss says that Sanchez still has a future at Old Trafford and expects him to feature for the first-team.

NEXT:Manchester United 2019/20 third kit released with a hint of orange

“Alexis is such a professional and he comes in working every single day really hard and wants to be a part of this,” the Norwegian said as quoted by Manchester Evening News.

“It’s these stories he’s been put in the reserves, of course he hasn’t, he’s had three weeks now, he’s a few weeks behind the rest but close to being ready. We don’t have the biggest forward line in numbers so Alexis might end up playing a lot more games than you expect, we expect him to come good at this club, he’s quality.

It had been suggested Sanchez’s United career was all but over, but Solskjaer still thinks he can unlock the quality we know the 30-year-old has.

The swap deal involving Henrikh Mkhitaryan has so far been disastrous for the Reds, but it looks like Sanchez will get another opportunity to finally make his mark for the Reds following his recovery from an injury sustained in the Copa America this summer.

No replacement was signed for Romelu Lukaku so Sanchez could be used in Europa League games and League Cup games as Solskjaer looks to rotate his squad.