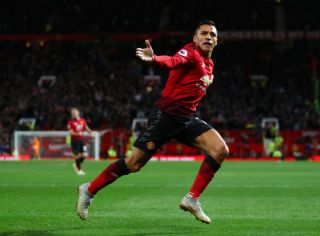 Ole Gunnar Solskjaer said this morning Alexis Sanchez still has a role to play at Manchester United, but the latest transfer odds are still of interest.

Possibly the biggest flop in United’s history, Sanchez remains the club’s highest paid player, yet he doesn’t quite make it into Solskjaer’s best starting eleven.

Not when it comes to form anyway, with Sanchez scoring just three league goals since his arrival from Arsenal in January, 2018.

Sky Bet have odds on Sanchez’s next club – should you fancy a flutter before the European transfer window shuts (please gamble responsibly), although it wouldn’t be advised with Solskjaer pleading his importance to the squad this season.

To join Romelu Lukaku at Inter Milan the odds are priced at 5/1, whereas a transfer to AS Roma, who were said to be actively pursuing the Chile international, is priced at 6/1.

Juventus come with a big price at 20/1 as there’s little chance they’re even interested in signing Sanchez. Every year they look to bolster their side in hope of achieving European success, and he won’t bring them closer to that. No chance.

If today’s press conference told us anything, Solskjaer has probably changed his stance on Sanchez after selling Lukaku and not getting in a replacement. United are light on numbers in attack and there will come a time this season that he will need to call upon the former Arsenal captain.

All it takes is an injury to Marcus Rashford or Anthony Martial and Solskjaer will be scraping at the end of the barrel.

Mason Greenwood will get his chance this season but it remains to be seen if Solskjaer will prioritise the academy graduate over Sanchez.