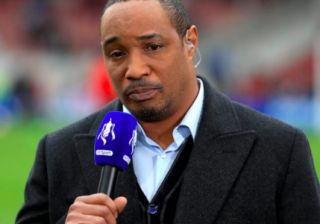 United made three signings this summer as they look to bridge the gap between them and the Premier League’s leading clubs, Manchester City and Liverpool.

Maguire made a fantastic start to life at United with a debut clean sheet against Chelsea on Sunday, as the Reds thrashed Frank Lampard’s side 4-0.

It’s exciting to finally see an encouraging centre-back pairing in the Englishman and Victor Lindelof who have the potential to blossom into one of the best partnerships in the league.

“I look at United and I feel like they’re almost copying a Liverpool model,” Ince told Paddy Power as quoted by the Metro.

“They got Virgil van Dijk in and United got Harry Maguire in, and it seems they’ve gone for three forwards too, pacey players like Martial, Lingard and Rashford. ‘I don’t see where Lukaku fits into that, so I’m not surprised Ole let him go.

“But that does put extra pressure on the younger lads to find the net. ‘The fact is, Lukaku is a goalscorer, he’s always been a natural goalscorer but the ball has to be placed right in front of him.”

In reality, Manchester United brought in a centre-back because it was an area that desperately needing addressing, not because Liverpool previously splashed big money on Virgil Van Dijk.

Solskjaer has always played with a fluid attacking style at his previous clubs so there is no direct correlation between United’s speedy front three and Liverpool’s most dangerous attackers Mo Salah, Sadio Mane and Roberto Firmino.

United, however,  are still some way off closing the gap on Liverpool in terms of quality of the current squad and still remain short in midfield after a replacement was not signed for Ander Herrera or Marouane Fellaini. 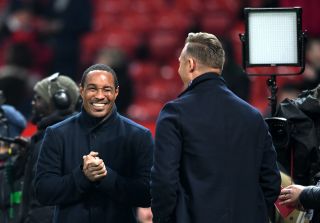