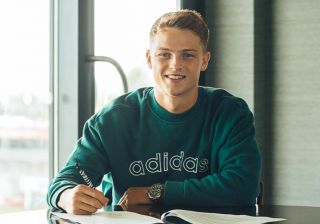 The right-back joins the League Two outfit to gain regular first-team football after making 20 appearances for United’s u23 side last season.

It’s going to be difficult for Tanner to make it into the first-team at the club with the Reds currently looking particularly healthy in his position.

We wish Tanner and Barlow the best of luck in their respective loan moves.

#mufc youngster George Tanner has joined Morecambe on a season-long loan. Likely there'll be more loans signed off. Aidan Barlow due in Norway to complete a loan move to Tromso and could be presented tomorrow.