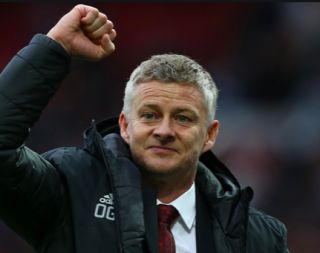 Solskjaer oversaw his side’s 4-0 demolition of Chelsea yesterday and Morgan believes only one manager could have the impact the Norwegian is currently having at Old Trafford.

“It’s happy. You can sense and feel the difference. I think he is.

“He’d be my choice of anyone other than the man across the road [Guardiola at Man City].

“Other than that, I’d have Ole every day of the year and I hope he’s going to be there for a long time. I really do.”

Solskjaer is clearly implementing an identity within United’s style of play which is exciting for fans. His fluid counter-attacking approach tore Chelsea apart in the second-half at Old Trafford as the Reds scored three quick-fire goals.

Anthony Martial and Marcus Rashford’s partnership looked promising in attack, as well as the new centre-back pairing of Harry Maguire and Victor Lindelof.

There’s lots to be optimistic about for United fans following the opening day win, but there is a recognition that there is a long way to go and the victory is just a starting point to build on.

We won’t get carried away as the squad is still extremely light in midfield after no additions in the area following Ander Herrera’s summer departure, and there is still a lack of depth in attacking options.

However, Solskjaer’s men now have confidence and will look to take momentum to Molineux against Wolves on Monday night which promises to be another tough game for the Reds.