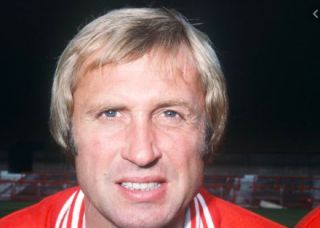 Former Manchester United player Jimmy Greenhoff was rushed to hospital after falling ill ahead of the opening game of the season at Old Trafford.

The 73-year-old was due to attend a meet and greet in the club’s hospitality suites, as per Manchester Evening News.

But Greenhoff was taken to Manchester Royal Infirmary ahead of the game, in which United beat Chelsea 4-0.

A Manchester United spokesman said: “We can confirm that Jimmy Greenhoff was taken ill while at Old Trafford prior to today’s game.

“Everyone at the club wishes Jimmy a speedy recovery.”

There is a positive update today on Greenhoff’s well-being. The Stoke Sentinel reports that he is in ‘good spirits’ and is not in any immediate danger.

Greenhoff reportedly had complained of chest pains, citing him being rushed to hospital, but he did not suffer a heart attack.

The former striker has worked in match-day hospitality at Old Trafford for some time now, and lifted both the FA Cup and the Charity Shield with the Reds in the 1970’s.

Everyone at Stretty News wishes Greenhoff a speedy recovery and a quick return to Old Trafford.