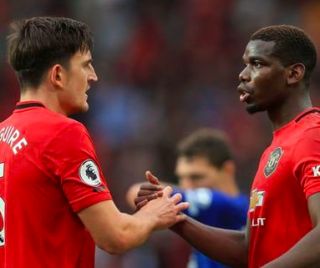 BBC Sport pundit Garth Crooks has named three Manchester United players in his team of the week after the Reds thrashed Chelsea 4-0 at Old Trafford.

New signing Harry Maguire, Paul Pogba and Marcus Rashford all made the XI, but new boy Aaron Wan-Bissaka was perhaps unlucky to miss out after an excellent defensive performance on debut.

Crooks says he doubted Maguire’s hefty price tag following his move from Leicester this summer, but his performance yesterday proved just how much of an important figure he will become in Ole Gunnar Solskjaer’s side.

Maguire is the commanding presence the Reds have been missing in central defence, and a clean sheet is the perfect start to his Old Trafford career.

Sky Sports gave the 26-year-old the man of the match award and it’s hard to disagree, Maguire was immense and is already building a partnership in defence with Victor Lindelof.

Pogba, meanwhile, had an ordinary first half, giving the ball away carelessly on numerous occasions.

But the Frenchman’s second half was a different story as he turned into the driving force in United’s midfield. Pogba played through a sumptuous through ball for the Reds’ third to put the game beyond any doubt. He then showed his determination, energy and talent to drive through the Chelsea defence before playing in debutant Daniel James to round off a near perfect day at the office for Solskjaer’s men.

Rashford’s selection in this team of the week is justified because of his two goals alone. The problem with goalscoring has been a concern of United fans since Romelu Lukaku’s exit, but the 21-year-old stepped up with two crucial goals.

His clinical penalty and composure in his one-on-one finish will delight Solskjaer; the Norwegian is relying on the likes of Rashford and Martial to deliver the goals this season and this start can only breed confidence going into next Monday’s tough fixture against Wolves.