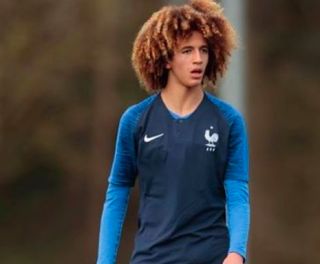 Manchester United have announced that they have reached an agreement to sign 16-year-old Monaco star Hannibal Mejbri, subject to Fifa approval.

If the deal is given the green light, Mejbri is likely to join up with Neil Ryan’s u18 side as he continues his development at Old Trafford.

Mejbri has made eight appearances for France’s u16 side and joins Ajax wonderkid Dillon Hoogewerf who has already made the switch to United.

According to Manchester Evening News, the Reds will pay £9m for the teenager.

The 16-year-old is predominately a central midfielder but also looks dangerous in attacking areas as seen in the highlights video below.

Watch out for some fantastic efforts from free kicks; Mejbri already looks like a set-piece specialist.

Mejbri also displays a tremendous passing range for someone of such a young age. It looks like the Reds have acquired a really promising talent in the Frenchman.