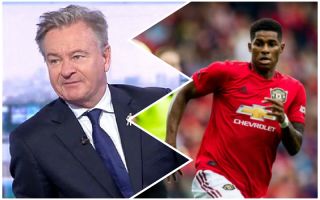 Charlie Nicholas is back with his round of Premier League predictions for the new campaign.

Liverpool got off to a winning start with a 4-1 hammering over newly-promoted side Norwich City and City are currently beating West Ham in the early kick-off.

Though for United it starts on Sunday with a difficult meeting against Chelsea at Old Trafford.

Nicholas thinks United will get three points from game week 1, with Chelsea being an uncertain force without Eden Hazard following his summer move to Real Madrid.

Solskjaer hasn’t been dealt the best hand either, with his midfield and attack weaker than they were last season. However, the Red Devils did bolster their defence in the transfer window by signing Aaron Wan-Bissaka from Crystal Palace and Harry Maguire from Leicester City.

“Solskjaer wants the crowd to believe they are better,” Nicholas says via Sky Sports. “I don’t think United are, so I am going to go for a low-scoring affair. I am looking for Marcus Rashford to be a proper number nine and I see him being the match-winner on the day.”

That would be a great start for Solskjaer’s men in a fixture that ended 1-1 last term.

Juan Mata scored on the day for the Reds but it is unknown whether he will start tomorrow.

We’ll have a better idea of Solskjaer’s preferred line-up and system in the coming weeks.