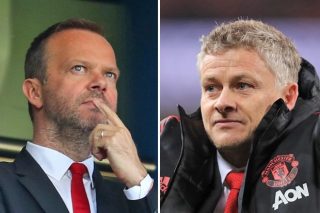 We asked Manchester United fans over on our StrettyNews Facebook page to sum up the club’s transfer window in three words.

It was a summer that started with promise; Daniel James and Aaron Wan-Bissaka were both acquired as Ole Gunnar Solskjaer looked to build a mould around young British talent.

However, with Leicester City centre-back the only other addition, United fans were not given the transfer window they were promised.

Solskjaer had said the club would be ruthless in the transfer window and get rid of players who no longer wanted to be there.

However, there have been no key departures at the club other than Romelu Lukaku, a goalscorer United criminally failed to replace.

United also knew about Ander Herrera’s exit in May. I still find it baffling that a midfielder was not signed given this was already a key area of weakness in Solskjaer’s side last season.

It’s not as if there weren’t options available either;  Youri Tielemans who signed for Leicester could have been perfect alongside Paul Pogba in the centre of the park.

It is obvious Solskjaer’s rebuild was always going to take longer than one summer window and progress has been made with key acquisitions to improve the defence.

However, it’s still not the window United fans would have been hoping for this summer.

Here’s some of the three word reviews submitted by United fans: