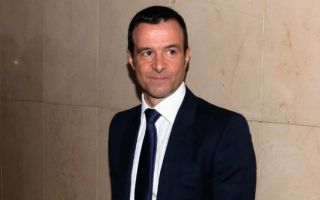 Reports in Portugal claim Bruno Fernandes still wants to make the move to Manchester United and super-agent Jorge Mendes is desperate to make a deal happen.

The Mirror cited the story from Portuguese sources O Joga, A Bola and Correio De Manha to suggest that Spurs were showing serious intent to sign the midfielder, but they have seemingly moved on to other targets such as Paulo Dybala of Juventus or Giovani Lo Celso from Real Betis.

Considering the window is due to close at 5pm this evening for English clubs, it never looked likely that United would complete a deal for Fernandes on deadline day.

Speculation concerning the Red Devils and Fernandes cooled the past week as Spurs’ interest seemed to intensify, but he trained as normal with Sporting Lisbon this morning which means a move to the Premier League is unlikely.

If Fernandes can replicate or better the form he showed in Portugal last season there’s every chance United and Spurs will keep their eyes on him for next summer.

That’s if he doesn’t move elsewhere before the transfer deadline for foreign clubs.