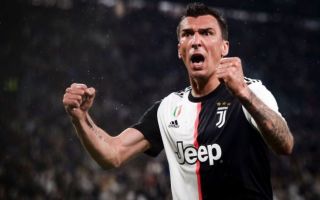 Manchester United have been installed as the favourites to sign Juventus striker Mario Mandzukic on transfer deadline day.

A report from the Evening Standard suggests Mandzukic is still a possibility as Ole Gunnar Solskjaer looks to reinforce his attacking options, with Romelu Lukaku on his way to Inter Milan.

While his experience could be beneficial, we are talking about signing a 33-year-old when there’s are players already in the squad that need to be moved on. We’d be signing another who might not be a wanted a year down the line, never mind 2 or 3.

It is noted that although United would be happy to start the season with no further arrivals, plans are reportedly in place to launch a late move for the respected Croatia international.

More on the Juventus front, Italian newspaper Tuttosport suggest the Serie A champions will look to test the water with a deadline day move for Paul Pogba, as cited by Manchester Evening News.

Whatever about selling Lukaku and not finding a replacement, it would be a different kettle of fish if United lost Pogba.

They probably wouldn’t replace him due to reasons only the Glazers and Ed Woodward seem to understand, and that would leave Solskjaer in a very difficult position ahead of the new season.