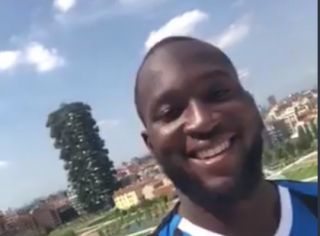 The two clubs were in negotiations throughout the summer for a transfer that really dragged on, even to a point Juventus almost swooped in to sign the Belgian striker instead. Inter have today finalised a deal worth £74m, as per BBC Sport.

Lukaku’s decision to leave United was boosted by Ole Gunnar Solskjaer decision to prioritise Marcus Rashford as the central piece to his attack. That meant the former Chelsea, West Brom and Everton striker had to fall down the pecking order and was later asked to train with United’s U23s, which resulted in him going AWOL and training with Anderlecht earlier this week.

READ MORE: United fan nails it with assessment of squad ahead of transfer deadline day

He doesn’t leave the club in a great light but United We Stand editor Andy Mitten summed it his time at MUFC brilliantly on Twitter.

Hoped Lukaku would become a great MUFC striker, but he wasn’t playing in a great MUFC team. He started well, faded, then rightly lost his place and the confidence of a lot fans. He could’ve won it back, but it’s his career. Clearly a goalscorer. Good luck.

The news has us asking what might have been?

Lukaku’s arrival from Goodison Park in 2017 looked like perfect timing. It looked like he was ready to fill the void to be left by Zlatan Ibrahimovic but that didn’t last very long.

We still wish him the best of luck for the future, even if he acted like a spoilt brat the past week.