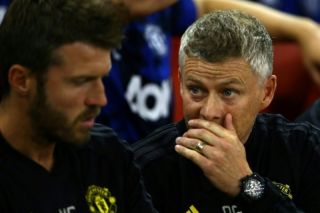 The 2018/19 season was a dispiriting experience for United. The performances and results in the first half of the season were so far below par that it led to the sacking of Jose Mourinho and his replacement by fan favourite Ole Gunnar Solskjaer. Ole was appointed as the new full-time boss in March after a fantastic run of form, only for things to dip again almost immediately, leaving a lot of question marks ahead of his first full season.

Ole is bound to be under pressure at the start of next season, even if he has already said that reviving the Red Devils cannot be done in one summer. Managing United is always a high pressure job and the run of six defeats in seven matches at the end of last season means the focus will be full on him if we make a bad start to 2018/19. Everyone wants him to succeed, but the massed ranks of pundits offering football tips will soon be predicting the sack if the team picks up where it left off in May.

He must know this and is relying on a tried and trusted coaching staff. Mike Phelan is back as assistant manager, while Kieran McKenna and Michael Carrick were both appointed by Jose Mourinho. While this has a definite ‘Manchester United’ identity, it doesn’t really smack of bold new beginnings and the worry that there is a sense of inertia around the club is still a nagging one.

One thing the club’s long suffering fans have been crying out for is a director of football to handle the transfer dealings, with Ed Woodward having a mixed record, but that story has gone cold again. The lack of transfer activity since the end of the season is something else that is troubling fans, however things started to move at last in June with a signing of Swansea City winger Daniel James and Crystal Palace’s Aaron Wan-Bissaka for £18 million and £50 million respectably, furthermore the club is being linked with several players according to the media suggesting Mauro Icardi, Paulo Dybala and Antoine Griezmann as transfer targets. On the other side, Pogba, Lukaku and a host of other players could potentially be heading out of Old Trafford during the summer – if anyone is willing to pay for ‘stars’ who produced so little last year.

Although Solskjaer will definitely come under media scrutiny, he will benefit from the fact that most United fans are realistic about where we are as a club right now. Both City and Liverpool are well ahead in terms of quality and confidence and none of us really expect a title challenge in 2019/20. Last season started poorly, with defeats to Brighton and West Ham – and a thrashing at Spurs – in the first seven matches and most of us would settle for a better start than that.

The awful run of form towards the end of last season has a lot of fans worried about Ole, and Mourinho has added to that by suggesting he is too nice (not something anyone would ever say about Jose). Klopp at Liverpool has shown what a manager who inspires love and loyalty from players and fans can achieve though, so we have to give Ole a chance to prove he can take United back to the top.