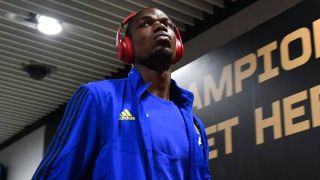 Despite the minutes ticking by on deadline day, it seems that one saga is far from over. The future of Paul Pogba has looked uncertain for months now and doesn’t appear to be solidified yet.

The future of the World Cup winner has been a talking point before the window and all the way throughout. However, despite the rampant rumours and discussion, Manchester United fans continue to watch on anxiously as there is still little clarity on whether or not he will remain in the North West.

There is little doubt that the Frenchman is the biggest name in the dressing room, although, it is clear he is quickly becoming their biggest problem too. Whilst his quality is undeniable, is it viable to rebuild around a player who spoke of considering a new challenge not long ago?

The question throughout the window amongst the fans has been should the club keep hold of him or cash in? There is logic in both sides of the argument. Pogba is a world-class midfielder when on form but how committed is he to Ole’s United? Can a player perform when their heart isn’t one hundred percent committed? For the value the club would gain from his sale, would it not make sense to cash in and reinvest the funds in hungry and committed new talent?

This is not the only issue with this scenario. In an era where every move by a club is analysed and judged the world over, a PR juggernaut like United needs to consider how they appear should Pogba stay or go. Should the player remain, perhaps United will begin to regain the view that they can keep top level players as they continue to rebuild. Should he leave, United could end up looking like a club that has lost some of the aura that they once had, which in turn may have a knock-on effect on future signings.

Although, with mere hours until the end of the transfer deadline day, there is still every chance that Pogba decides to up and leave. Both he and his agent had hinted at it earlier in the window and the clubs complete lack of action in the latter half of the window is hardly inspiring. Whilst they may have repaired aspects of the ropey defence, the midfield and forward line both look starved of options. Specifically for Pogba, the departure of a figure like Herrera is big, the Spaniard largely helped Pogba whenever the two shared the field. With United’s summer window largely lacking in the promise that seemed to be shown, the club will have a hard time convincing a player who already seemed to doubt the project.

Whilst it is no secret that Real Madrid have actively sought the player, it is also clear they are pursuing Neymar too. Whilst Ole Gunnar Solskjaer has said ‘we are Manchester United, we don’t need to sell’ it may be a battle they have no chance in. Even if the player isn’t gone by the end of deadline day, it is no guarantee he will not simply leave later in the window. A possibility that would prove a complete disaster on many fronts for the Red Devils.

Were Pogba to leave after the conclusion of deadline day, it would leave a gaping hole in the United squad. Arguably their franchise player, the departure of the Frenchman would be even more detrimental when you consider United have no replacement in house nor did they buy one.

ManU next matches see the Reds take on some challenging opponents and they will want their star-man available rather than living it up in Madrid.

For Real Madrid, they are chasing the player that is Zidane’s dream talent. However, it is clear the negotiations have been far from easy. Whilst reports of Real being unable to fund the move have circulated, this seems largely in accurate. Real have spent big this summer, however, before this summer? They had sold more than they had spent. Between 2014 and 2018, Real a total of €403 million on new players, in sales? They earned €421 million. The club may have spent big this summer, but considering their efficient ways in the market, it would not be far fetched to consider them capable of getting a deal done.

Real clearly are in need of new blood in their midfield. Lacking goals and dynamism last season, the Frenchman, who scored 13, would be a welcome addition. Gifted with the ball, his 1.7 dribbles per 90 last season is only closely run by Luka Modric’s 1.6. His 1.9 key passes per 90 is near enough on par with Real’s best in Toni Kroos’ 2. His tally of 9 assists would also have been the highest in the Madrid squad, considering this was something of a down season for Pogba, it is clear that his talent is there.

With the Spanish window not shutting until September 2nd, Real Madrid have time. The Frenchman has shown intent to want to play there and Zidane has openly welcomed the idea. Should the train come rolling through, I believe there is little Manchester United could do but agree terms and wave him off at the platform. 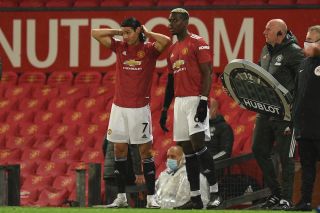