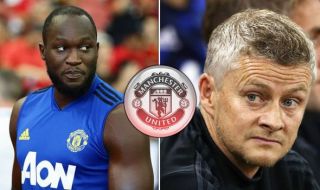 Inter Milan have today come back with a fresh bid of £70m for Romelu Lukaku.

Inter Milan have bid again for Romelu Lukaku. #mufc have been holding out for £80m most of the summer but could accept a slightly lower fee amid Lukaku’s recent incidents. Lukaku agreed personal terms with Inter some time ago.

According to the Manchester Evening News, Inter have made an improved offer after Manchester United rejected a £54m bid for the Belgian striker last month.

It wouldn’t surprise us if Lukaku was set on playing for Inter under Antonio Conte, a manager he’s already sung the praises of this summer.

Lukaku didn’t have the best of seasons last term, but Ole Gunner Solskjaer has made it clear he sees Marcus Rashford as his main man up front, with the Belgium international responding by engineering a move elsewhere.

He won’t be a major loss but United are right to stick to their guns on the player’s valuation.

MEN reporter Dominic Booth claims United have to sign a replacement if they accept Inter’s latest offer, even though the Red Devils can only make signings up until 5pm tomorrow.

Inter have bid £70million for Lukaku and Manchester United should now accept. No point having an unhappy player in their squad and that’s a fair price, too.

It makes deadline day very simple with one aim: sign a quality player to replace him. #mufc

Harry Maguire’s transfer from Leicester City took over a month to negotiate, so what chance do we have of completing another deal before the deadline, less than 23 hours away?

Keep your belts buckled because we reckon United will be linked with a number of extravagant transfers between now and then.