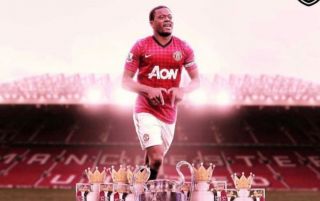 Patrice Evra has come out with a warning to football agents by informing them Manchester United is not to be seen as a bank account.

This comes with the belief agents will try take advantage of United’s financial power in the transfer market, with the likes of Mino Raiola previously gaining personally from transfer fees when clients joined the Old Trafford club.

Of course, nowadays this is nothing out of the ordinary. Agents gain from all deals involving their clients, but Evra is touching on the view United are there for the taking, which is probably due to the sheer incompetence of the club’s board, mainly executive vice-chairman Ed Woodward.

It’s baffling that it took United over a month of negotiations to eventually sign Harry Maguire from Leicester City, considering he was a prime target for the centre-back role, when Ole Gunnar Solskjaer didn’t see another target he wanted more.

Evra shares his message with an Instagram post, as seen below, beginning with “For all the football agents around the world…”

For all the football agents around the world @manchesterunited will never be your bank 🏦 account!!! You come here because you respect the badge and dying winning trophies 🏆 #ilovethisgame #positive4evra #respect #history #manchesterunited #united #fans #players

Evra was regularly spotted at games last season, often in Woodward’s company. This makes you wonder if he sees eye-to-eye with the Glazer puppet, or is doing playing pally pally to find a way back into Manchester United.

You can see from the tone used in the Frenchman’s message above that he already comes off as a club ambassador.

We could do with someone like Evra at the club – and he announced his retirement from football last week.