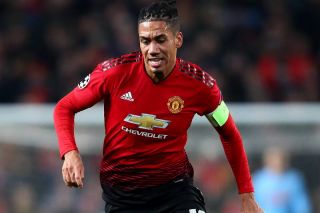 According to Jim White of Sky Sports on talkSPORT, Manchester United have turned down an offer from Everton to take Chris Smalling on a season-long loan.

While a lot of United fans wouldn’t be against the idea initially, as long as it means they don’t have to watch Smalling trying to defend next season, the club would probably prefer to do a permanent deal.

Tuanzebe, who spent last season on loan at Aston Villa, deserves to be seen as back-up for the following campaign, with Maguire to start the season partnered by Lindelof.

With Everton now looking to spend money before deadline day, United should purpose a deal that could take Smalling off the club’s wage bill.

He signed a new deal last season and that made a lot of people wonder why United continue to settle for mediocrity.