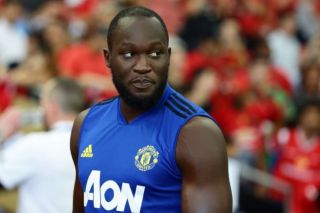 Romelu Lukaku is still engineering a move away from Manchester United.

With Inter Milan thus far unable to meet United’s transfer demands, Lukaku appears to have reacted immaturely by not understanding how transfers work with players who are under contract.

However, the latest on the situation gives us more insightful into what may have made Lukaku let loose, though it still doesn’t excuse his decision not to show up for club duties.

Adam Crafton of The Athletic claims that Lukaku was told by United that if he stayed at Carrington, he would be expected to train with the U23s.

In Brussels. Breaking exclusive info on #Lukaku’s decision to stay away from #mufc and the breakdown of his relationship with Ole Gunnar Solskjaer now live on our transfer Q+A https://t.co/9tqVO2CEkv

That’s a kick in the teeth for a first-team player and a leading international striker, so he obviously felt hurt by Ole Gunnar Solskjaer’s decision because surely it came from the manager?

Crafton wrote: “My information this afternoon is that Lukaku was told by the club that if he stayed at United’s training ground, he would be expected to train with the club’s Under 23 team. As a leading international striker, Lukaku felt hurt and isolated and this is one of his justifications for instead choosing to spend yesterday at Anderlecht.”

Still, deciding to go AWOL does not paint Lukaku in a good light.

His lack of professionalism may be one of the reasons Solskjaer doesn’t want him near the first-team, he’s showing now why he can’t be trusted.

Solskjaer doesn’t need negative influences around the squad before the season begins and the camp right now seems as happy as it’s been for some time.

Leave and close the door on the way out, Rom.