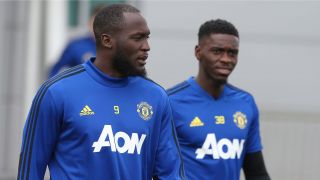 The Manchester United striker, 26, has been trying to leave Old Trafford after picking up plenty of interest from Serie A throughout the summer.

Inter appear most desperate to sign Lukaku before the transfer deadline, with manager Antonio Conte not wanting to lose out on the striker for a second time.

But Juventus also showed willingness to take Lukaku in a swap deal including Argentina international Paulo Dybala, as reported by Sky Sports, though that potential switch now looks dead in the water.

Lukaku has since gone AWOL, and ESPN claim he set to be fined by United for not showing up for training yesterday.

Hopefully, there’s something in what Romano is saying about a fresh offer and it is one that will meet United’s transfer demands.

Inter are going to try again for Romelu Lukaku. His agent is coming in London and Inter are preparing a new bid to Manchester United for Big Rom. ⚫️🔵 #transfers #MUFC #Inter

The sooner Lukaku is gone the better because his behaviour of late has been appalling.