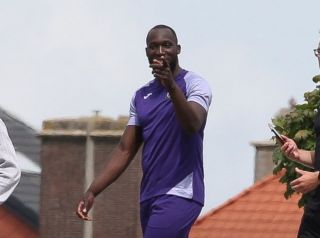 Has Romelu Lukaku gone AWOL? It looks like it.

According to HLN reporter Kristof Terreur on Tuesday, Lukaku is now refusing to train with Manchester United.

It’s his second day training with Belgian outfit Anderlecht and United are refusing to comment.

However, Terreur says United were “expecting” to see Lukaku at training today.

Day 2 of a transfer soap: Romelu Lukaku is still training with Anderlecht today. With Man United refusing to comment.

He wrote: Lukaku wants to push through a transfer to the Serie A. More than ever he is a striker non grata at Old Trafford. He is no longer innocent. Romelu Lukaku no longer feels welcome in Manchester, so he just stays away.

All while United pay his wages…

Lukaku has been strongly linked with moves to Juventus and Inter Milan, although Terreur doesn’t think it will be the Serie A champions who end up with the striker this summer: An exchange deal with Paulo Dybala from Juventus no longer seems an option, after the Argentine and his agent demanded a wage of 20 million euros and a commission of 15 million.

That leaves Inter with a clear run at Lukaku, with manager Antonio Conte finally looking likely to get his man.

But first they must meet United’s transfer demands.