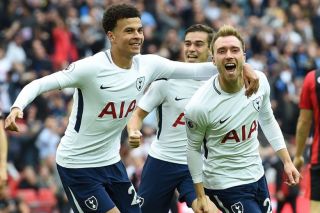 Tottenham Hotspur are reportedly willing to sell Christian Eriksen this summer as he is not part of their long term plans.

The Independent‘s Miguel Delaney reports that Spurs want to sell the Danish international this summer as they look to sign other midfield targets.

Paulo Dybala and Bruno Fernandes are both names linked to Mauricio Pochettino’s side and would be longer-term attacking midfield option than Eriksen.

Eriksen has one year left on his current deal in North London, and has already expressed his desire to leave earlier this summer.

The report suggests the 27-year-old was not keen on a move to Manchester United earlier in the window, but has changed his mind about a move to Old Trafford.

The Reds are believed to have begun talks with Eriksen’s representatives in the hope they can secure a £50m deal with just two days of the transfer window remaining.

Moreover, it is suggested that there is a confidence that United can get a deal over the line, despite Spurs chairman Daniel Levy being a notoriously tough negotiator.

It still seems unlikely that United will pull off the move with such a short space of time in the window remaining, but Erisken would be perfect to fill the creative gap in Ole Gunnar Solskjaer’s midfield.

Let’s hope the Reds can finalise a deal for the midfielder before the deadline on Thursday at 5pm. 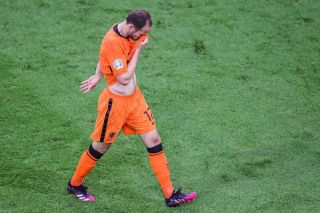