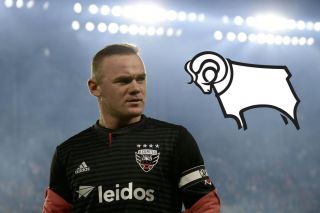 Derby County have confirmed that Wayne Rooney will join the club in a player-coach capacity in January 2020.

Manager Philip Cocu is believed to have wanted an experienced English player to work alongside and play under him, and the former Manchester United striker fits the bill.

Rooney is currently playing for DC United in the MLS, where he continues to rack up the goals.

Derby confirmed on Tuesday afternoon that Rooney would return to England once the football season in America ends. That means he will be back home at the end of the calendar year.

The former England international has always spoke about the idea of coaching and this is a great opportunity for Rooney to stamp his mark.