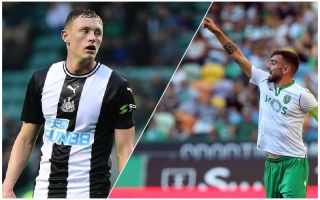 According to ESPN, Manchester United have backed away from deals for Bruno Fernandes and Sean Longstaff with Christian Eriksen emerging as the latest target.

It comes from a report which suggests Tottenham Hotspur’s Christian Eriksen is now a key target with 48 hours remaining in the transfer window.

Ole Gunnar Solskjaer needs to bolster his midfield before the deadline after losing Marouane Fellaini and Ander Herrera in the last six months.

Moreover, Paul Pogba’s future remains in doubt and United are already lacking in quality in midfield.

It doesn’t help that Nemanja Matic appears to be losing his legs.

United’s pursuit for Longstaff has seemingly ended because Newcastle priced them out of a deal. They wanted a lot more than the player is worth, after making so few appearances for the Newcastle first-team.

Fernandes is also mentioned as a target United are backing away from. I am considerably more disappointed about that one as he looks a cracking player.

Solskjaer needs players good enough to open up Premier League teams who will come to Old Trafford and defend. Pogba is supposedly one of the best in the business for unlocking teams with his creativity, but it might benefit him to have a quality player chipping in with the work in the final third.