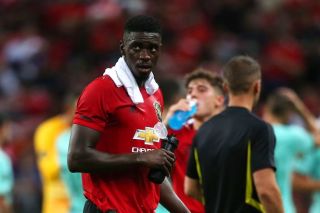 Manchester United play their final pre-season game ahead of the 2019/20 season against AC Milan in Cardiff on Saturday.

With over a week until United take on Chelsea at Old Trafford, fans will be paying close attention to Ole Gunnar Solskjaer’s line-up against the Italian outfit.

David de Gea will start between the posts for United, while Axel Tuanzebe should partner Victor Lindelof at centre-back. The full-back positions will be filled by Aaron Wan-Bissaka and Luke Shaw.

In midfield, we might see Nemanja Matic and Scott McTominay combine in a double pivot. That leaves Jesse Lingard further afield to play in the hole, although Angel Gomes would be a worthwhile option to see how he does against Milan ahead of the Chelsea encounter.

Marcus Rashford will lead the line up front with Anthony Martial and Daniel James causing problems from wide positions. There’s plenty of pace in that attack but the lads need to be more clinical than they were against Kristiansund. 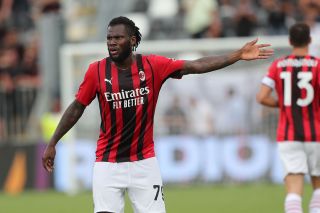